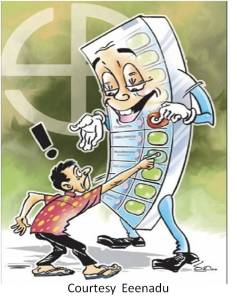 Though India started to use EVMs as far backs as 1990’s, it is not until 2004 when it went full in using EVM in its elections.  When 2009 elections are announced, many people independently were surprised with the results.  Various political parties including the ruling party have expressed the manipulation of the EVM machines in some part of the country or other.  What caught attention of  few activists are:

1) A  presentation that was provided by an activist in India about how EVMs are rejected all around the world from Germany, US, Netherlands, Italy,  Ireland etc.   No matter which country it is, the concerns were same, transparency and verifiability of election process.   No matter how sophisticated an EVM is built, it is tamperable.  No matter how solid are procedures to secure them, the biggest risk is insider tampering itself.   All western democratic countries recognized that there is great risk in the process of converting voter choice to bits and bytes which is a process that is not transparent to a common voter and stand alone EVMs lack core requirement of verifiability making them amenable to large scale manipulation.

The result is German Supreme court judges banned them in one sitting on petition by Dr. Ulrich Wiesner and argued by Supreme Court Attorney Dr. Till Jaeger,  Netherlands which used them at every level in the country for 20 years banned it completely after demonstration by Rop Gongrijjp,   US with decentralized system has banned stand alone EVM in about 65% of the locations by a movement started by Dr. David Dill from Stanford as well as  several European countries shelved the prototypes and initial efforts completely.  UK from which India derived its system did not even try that route, they stayed with paper ballot!   While India’s elections were plagued with booth capturing etc, the EVM provided a possible mechanism for wholesale manipulation.  In a corrupt Indian environment where the level of corruption matches the war torn African country Rwanda  (per Transparency International) this seemed to be the worst nightmare.

2) The exact prediction of election results both in center and state in state of Andhra Pradesh much before election commission announced the results.  See http://www.youtube.com/watch?v=8cILJy622wk .

3) The various court cases filed across the country both in High court and Supreme Court and report of several discrepancies from around the India, some of which documented at https://docs.google.com/View?id=dgzv3n88_0d94qbkd4#_Toc234896500

4) Challenge made by retired and respected bureaucrat Omesh Saigal to Election Commission as well as Dr. Subramanian Swamy in High Court.

5) That many of the sub contractors used for preparing EVMs for elections are hardly scrutinized.   It only requires few EVMs in select constituencies to tamper many number of ways to favor one candidate versus another.  For years together between elections, the EVMs sit in state bureacrats godowns without any supervision!!

6) In addition, it was also shown by Mr. GVL Narasimha Rao, a psephologist in his book, ‘Democracy at risk, Can we trust EVMs‘,  showed the complete unpredictability of 2004 and 2009 elections in contrast to remarkable predictability prior to 2004.  (Note that this data is not to point fingers at any political party, but to show the unpredictability.  In fact, all parties including ruling party have lodged complaints in our area or another). 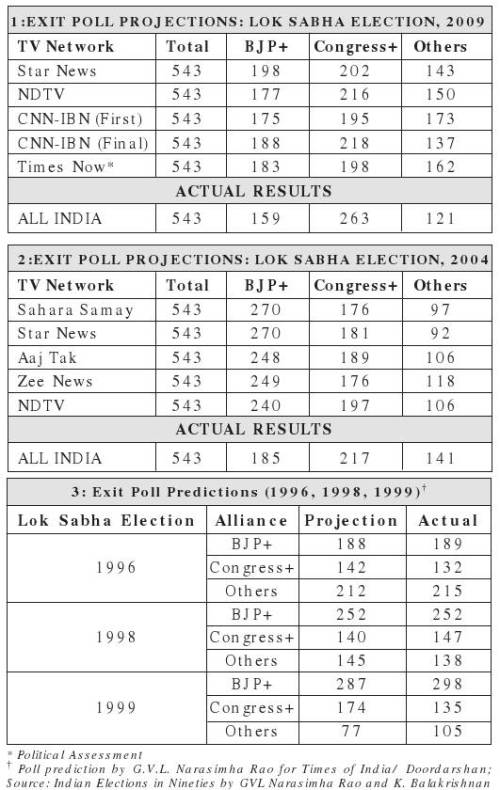 This started a journey of activists independently in US and India working to expose the serious concerns of EVMs,  talking to experts and talking to political parties.  In India, activists formed an organization named Citizens for Verifiability, Transparency and Accountability in Elections (VeTA) (http://IndianEVM.com) such as VV Rao,  technologist Hari Prasad,  psephologist GVL Narasimha Rao.   Independently NRI’s formed an Organization under the name Save Indian Democracy (http://SaveIndianDemocracy.org ) by Satya Dosapati,  Prasad Yalamanchi, Ramesh Yalamanchi, Vinay Kumar and others.

V.V. Rao from VeTA filed lawsuit in Supreme Court about usage of EVMs and Supreme Court opined that Election Commission of India (ECI) is an independent body and directed them to first go to  Election Commission of India (ECI) to present the grievance and come back to the court if the ECI did not address the grievance satisfactorily.  Hari Prasad went a step forward and build prototype of Indian EVM based on published specifications and demonstrated how they can be easily manipulated.  Hari started to get requests as far as North East for a price to fix the elections (which Hari refused to entertain).

Pursuant to that around Sept 2009 ECI invited VeTA along with several activists as well as Indian EVM vendors ECIL and BEL for a meeting.   At the meeting, ECI asked VeTA technologist Hari Prasad from Net India from Hyderabad to prove tamperability with restriction imposed on him and his associates that the EVM’s cannot be opened but should demonstrate tamperability by having same access as a voter.   This is bizarre since those who tamper EVM are not going to abide by such restrictions.  After that,  Mr. Navin Chawla, the Chief Election Commissioner at the time,  went around the country saying that no one could prove India’s EVMs tamperable.

In US, activists started looking at the development of EVM in the West researching the material, taking guidance of those like Dr. David Dill, reaching out to experts internationally from Germany to US.   After Dr. Swamy announced his desire to hold a conference on EVMs in Chennai in Feb 2010 (which was attended by ex Election Commissioner Mr. Gopalswami)   US activists invited various  international experts.  This was accepted by Dr. Alex Halderman (who hacked EVM in US and employed by CA State to study EVMs vulnerability) from US,  Rop Gongrijjp from Netherlands (who was instrumental in banning EVMs in Netherlands after 20 years!) and Dr. Till Jaeger from Germany (who argued in German Supreme Court that effectively banned EVMs in Germany).  Dr. David Dill provided a Video statement for the Conference and a letter to ECI inviting them to Stanford.  Also, video statements from other activists such as Bev Harris (Black Box Voting) and others was taken.

The international experts and the activists held various activities in India such as Dr. Swamy Conference in Chennai,  Book Release of Mr. GVL Narasimha Rao on EVMs,  IIT Chennai Conference and Press meet at Delhi (see Conferences section).   At that time, Hari Prasad from Net India and who is part of VeTA approached Dr. Alex and Rop to work with him to hack a real India EVMs that he was able to borrow for few days.  After intense work for about 3 days in Hyderabad along with follow up work for few weeks Hari and his associates, Dr. Alex and his students and Rop produced a highly acclaimed Scientific paper on the tamperability of Indian EVMs as well as a professional video of tampering of the EVMs showing multiple ways the EVM can be hacked.

In April 2010, 13 major political parties wrote to Election Commission of India (ECI) to call for an All Party meeting.  In  June 2010, Hari and other activists went on  TV9 channel (parts 1, 2, 3)in Andhra Pradesh which was participated by all leading political parties of the state. The awareness generated by the exposure caused local political party, Telangana Rashtriya Samithi (TRS) demanding ECI to go back to paper ballots in state bye elections.   When ECI refused, they fielded 64+ candidates to force ECI to go back to paper ballot (Indian EVM can handled 64 candidates only).   As a result, in about 50% of the constituencies of the bye elections, voting was done using paper ballot.  This whole episode after the exposure of EVM by Hari and activists seemed to peeve the ECI and Indian Government.

Soon after the elections,    Dr. Quraishi took over as the new Chief Election Commissioner and ECI served notice to Hari for stealing a EVM (note that it was loaned to Hari for few days and was returned).    At the same time, at US Usenix Conference held in Washington DC there was a panel discussion on Indian EVMs based on the paper on EVM and it was attended by Alex Halderman,  GVL Narasimha Rao and Deputy Election Commissioner of India  Mr. Alok Shukla.  ECI has assured that they will look into the matter of the notice to Hari.   Several of the top security researchers at the Usenix conference wrote a letter addressed to Election Commissioner Dr. Quraishi that Indian EVMs are vulnerable to wide range of attacks and ECI should explore forms of voting that provide adequate security, verifiability and transparency.

Notwithstanding the assurances, in the morning of Aug 21st at 5AM, several senior police officers visited Hari’s home and took custody of him and took him on a journey of 14 hours to Mumbai.  He was put in Police custody for 8 days, put him sometimes in dark cell and at times in a prison cell with  hard core criminals.  At the end of the 8 days, on Aug 28th, Hari was released on bail with Judge commenting his effort as service to the country and stating that theft case is applicable only if there is a dishonest intention.   Though the court allowed police for any further questioning once a week for four weeks, police has been practically forcing him to stay in Mumbai.  Meanwhile they have raided his company employee’s home and started questioning his associates.  The net result is his company lost key 8 employees and incurring large expense to him  and extensive stress to his wife and two young children.  Police continued to seek cancellation of Hari’s bail and recently hired an senior counsel (believed to charge 1 lakh indian rupees per day as per some sources) to fight the case against Hari.

Meanwhile, the prestigious ACM Computer and Communications security Conference at Chicago Oct 4-8th,  selected the technical paper as Number One.   Hari was expected to participate but could not due to various reasons.

While hackers and researchers around the world are respected for their work, India chose to harass them.   The ECI and India Government that cared not to investigate the many EVM fixers who approached Hari Prasad for a price started a campaign of vendetta on Hari Prasad who simply showed to the country how easy an EVM can be manipulated using a borrowed EVM. Dr. Alex himself hacked EVMs in US and he was one of those appointed by State of California Secretary General to study the EVMs used in California!!   Rop Gongrijjp demonstration of EVM hacking in Netherlands media resulted in total ban on EVMs there and he is greatly respected by all.  Dr. David Dill was awarded as pioneer in election reform in US and provided input to Senate committee.  Rop Gongrijjp is his blog aptly said, in India one will be punished for informing the king that he has no clothes.

On Oct 19th 2010, prestigious Electronic Frontier Foundation has awarded Hari Prasad as Pioneer of the year award. In giving this award EFF states (http://www.eff.org/awards/pioneer) that “Hari Prasad spent a year trying to convince election officials to complete a review of India’s EVMs, but the Election Commission of India kept insisting that the government made machines were “perfect” and “tamperproof”.  Instead of blindly accepting the governments claims,  Hari Prasad’s international team discovered serious flaws that could alter election results.  Hari Prasad has endured jail time, repeated interrogations, and ongoing political harassment to protect an anonymous source that enabled him to conduct first independent security review of India’s electronic voting system.  James Tyre, member of EFF Judging Panel and who nominated Hari Prasad for the award mentioned to Satya Dosapati of Save Indian Democracy that Hari was chosen not only for his excellent work with the international team, but also for his remarkable withholding of his anonymous source in spite of continuous harassment.

Hari is planning to travel to US (Government permitting) to receive the prestigious award on Nov 8th at EFF at San Francisco (See http://www.eff.org/awards/pioneer for more details).  Activities are planned in several cities in USA where he will be visiting universities such as Princeton,  Stanford,  MIT,  Google Headquarters as well community events.   The Conferences section at  https://saveindiandemocracy.wordpress.com/conferences will be updated with further details.